Creativity has many meanings, depending on who you ask. In the more strict definition creativity is forming something new or original, which has value. That something can be abstract, as an idea, or a physical object, such as a book.

In Finnish the word for creativity is luovuus, which in its spirit is rather poetic. Though these two words basically mean the same, and even have the same biblical linkage, they have a slight tonal difference. While creativity as a word includes a productive expectation, luovuus appears to have softer, philosophical and spiritual aspects.

A luova person is seen as someone non-conforming, risk taking, liberal, freedom seeking and independent. They are assumed to possess such traits as good imagination, sense of aesthetics, originality, capability of expression and reflection.

I don't mean creativity wouldn't include the actual creation, but it doesn't necessarily always have to be as productive as that.

You are able to use creativity to produce things and ideas, yet production doesn't define creativity. I see a creative person as such not to mind or to be afraid of breaking the "rules" and to be able to see value in imperfection.

Creativity can be useful and to be applied to many matters. You can be creative with networking and relationships, marketing, dancing, reading, family life, gardening and multiple other things.

As I mentioned earlier, creativity has variable meanings. Creativity may mean something else for you than it means for me. I welcome that, as I hope you welcome my idea of creativity.

An artist, nerd and business sorcerer, dedicated to make world more beautiful and strange with art, illustrations and logos + to help you figure your sustainable business out. 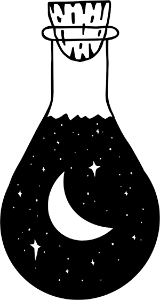 Subscribe to Dreaming Out Loud, lovely letters about creativity, life and simple things.

Besides my words and rambles, the letters include links to wonderful stuff I've found around web, exclusive discounts, previews and exclusive gifts. This stuff won't be published anywhere else.

You have successfully joined Dreaming Out Loud.

By signing up for Dreaming Out Loud you agree to be added to my email list, and receive updates about promotions, special offers and news. You can unsubscribe at any time.